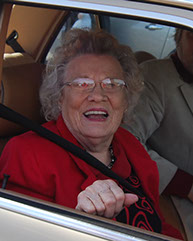 The history of the Murfreesboro Hardware Store starts in the early 1900's with the Prescott hardware in Prescott Arkansas.  The owners of the Prescott Hardware decided to expand a new store in Murfreesboro with the discovery of diamonds at the Crater of Diamonds in 1906.

In the spring of 1910 the new store opened.  The Prescott Hardware founder Mr. Pitman passed away just a few years later, causing the sons to sell the store in 1917 to A.P.  & Frank Terrell.  The Terrell brothers ran the store until 1949 when Robert & Louella Terrell purchased it upon Robert's return from military service in World War II.  They added Ace Hardware in the 1970s.

Mr. Robert Terrell passed away in 1996.  Louella Terrell owned and managed the store with the help of her three sons.  Two of the son left to start another store in nearby Nashville.  Today Louella and her son Phil manage the store.

From the Pike County Archives and History Society

Murfreesboro Ace Hardware, located in the block just south of Murfreesboro's courthouse square, is owned and operated by Robert and Louella Terrell with the assistance from their sons, Phil and Lance Terrell.  Housed in a modern glass and brick structure built in 1965, it has since had its warehouse space expanded and modern anti-theft devices installed.  affiliated with the Ace Hardware distributorship, the well-run business compares well with stores in a much larger town.

A second generation owner, Mr. Terrell's father, A.P. Terrell, bought the business in January, 1917, and operated it as a partnership with his brother, Frank Terrell, under the name of Murfreesboro Hardware,.  It had been started in 1910 as a branch of a long-established Nevada County store and was known for seven years as Prescott Hardware of Murfreesboro.  H.M. Ross an early prominent Murfreesboro businessman, built and leased the building for the new business which still stands.  It is next door to the present store and was occupied continuously by the hardware store until Terrell built his new structure.

The accompanying outdoor vintage photograph shows the store's front entrance which faced Highway 27, a heavily traveled dirt road leading to the diamond mine.  Notice the name of Prescott Hardware painted on the window.  A coffin, commonly sold by hardware stores at the time, is being loaded on a horse drawn hearse.

Other merchandise on the porch appears to be kegs of nails, plows and scratchers, porch swings, and a returned sorghum mill dripping juice down the concrete edge.  Mr. Terrell says that it was customary for this merchandise to remain outdoors overnight without danger of being stolen.

Kerosene sold was pumped from the barrel seen on the porch.  As automobiles became more prevalent, hand operated gas pumps were installed out front for the convenience of motorist on the busy state highway.

Furniture was sold from a partitioned section of the store and a chifforobe (a high chest of drawers with a mirror and space for hanging clothes) can be seen on the left side of the porch.  None of the persons shown can be identified except it is thought that the black man shown is Sam Brant, father of Bud Matlock.

Indoors the store had a coal stove for heating during winter with two benches nearby for the comfort of visitors and customers.  Even today, inventory is varied in a good hardware store ranging from household products to building supplies. Early in this century, the Terrells stocked the Ingersoll dollar pocket watch, Lowe Bros. paints, horse shoes, Daisy hand churns, oak jugs for water, crock jars, brooms in a special rack, five gallon kerosene cans, (see interior view picture) as well as a multitude of other products.

Fine oak fixtures from the old store are still in use in the new building.  Once case still shows the "E.C. Simmons - Keen Kutter cutlery and tools." There is a three-tiered wrapping paper holder and a rack for nine-foot linoleum.  The old blends beautifully with the new.  Phil's computer sits near the old-time accounts register.

My favorite hold-over from the past is the is the large steel safe adjacent to the customer service counter.  Although damaged in a recent robbery, it is still imprinted with the name of Prescott hardware and it still functions well.  Mr. Terrell has a carefully preserved invoice showing that it was sold to Prescott Hardware of Murfreesboro on March 28, 1910.

This business and this family truly exemplify the adage that we build on the past, during the present, for the future. 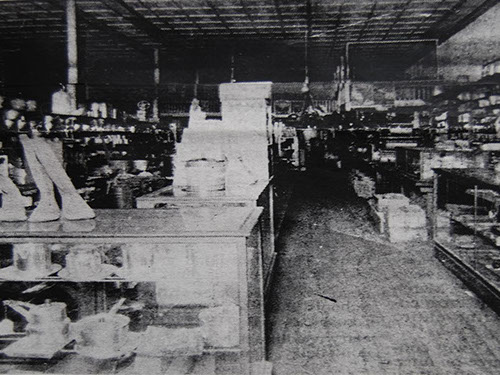 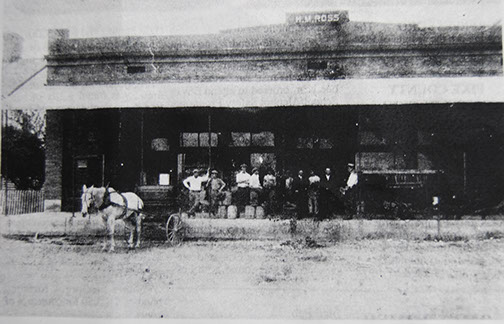